For several years there has been talk in the quilting community about photos of quilts made by very talented people being stolen off the internet, printed onto "blankets", and sold as fake quilts by fly-by-night internet sites. Since I'm not one of those famous quilters I knew it was an ongoing issue, but hadn't given it much attention because it didn't affect me personally. Or so I thought. This is a photo of a Red Sox t-shirt quilt I made and posted for sale on my website several years ago. A lovely lady from Massachusetts bought it for her infant grandson. 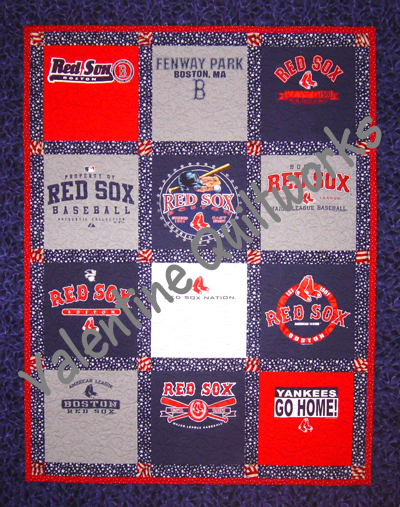 Now for a little background. My husband's grandfather was Smoky Joe Wood. He was a Red Sox pitcher from 1908 to 1915 and he was famous back then. So there is some real Red Sox history in the family. Fast forward to Christmas 2018 when my nephew (great grandson of Smoky Joe) posted these photos on Facebook. It's a printed "blanket" that his wife bought for him from one of those fly-by-night websites. Little did she know. 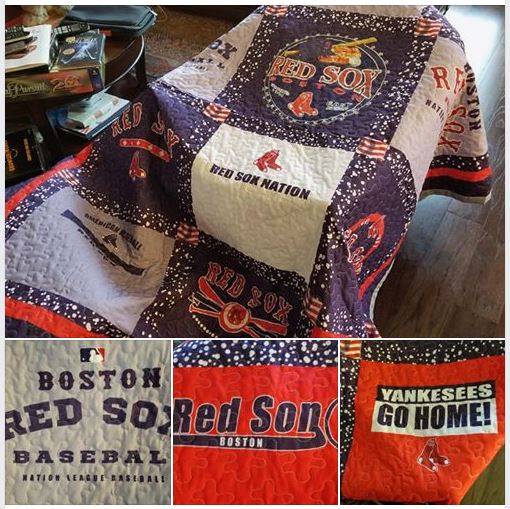 Imagine my surprise (and shock) when I saw the photos! I did a double take and said "THAT'S MY QUILT!!" Those people who are stealing quilt photos and printing them on "blankets" stole the photo of my quilt! It was photoshopped a bit so they could mass produce it without getting into trouble with the real Red Sox. Wow. What are the chances that my nephew would end up with one of these fake quilts, and that I would see the photos? I should have bought a lottery ticket!

After we attempted to track down where it had been purchased (of course the website scam was long gone) I decided there was nothing to be gained from being angry.  I figured I should just continue to make real quilts because there are people who recognize the difference. And try to educate people along the way because as the saying goes, "you get what you pay for". I commented on the Facebook post with a lighthearted explanation and my claim to being the creator of the original quilt. At least a few people read it but there was a general disregard for where and how this fake quilt originated, and how wrong it was that this "blanket" even existed. They just thought it was funny. I know the truth, that I spent many hours designing and carefully sewing the original quilt, and that is what really matters. 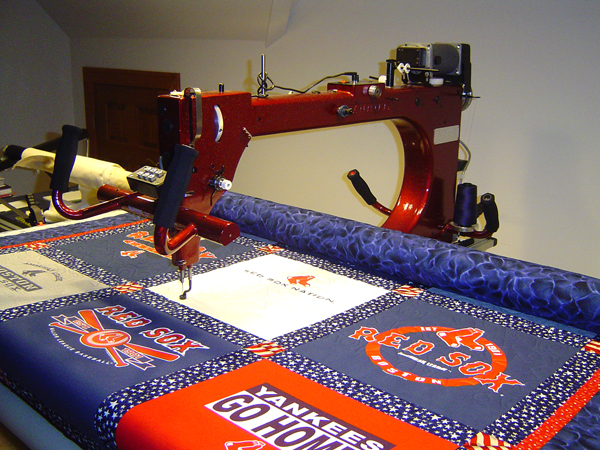 It has taken me two and a half years to share this story. The original Red Sox quilt I made won two awards at the Machine Quilter's Expo in 2007. After I made and sold the second one above I was commissioned to make two others, one for a gentleman in Utah and more recently one for a gentleman and his family in Texas. I won't be posting photos of those any time soon, at least not until I perfect my watermark skills. For all of the honest hard working people in the world, there will always be a few who are not. They may be scamming people with fake quilts, but they won't win unless we let them. I put my heart and soul into every quilt I make, and I know the people who have them appreciate the time and love that went into creating each and every one. 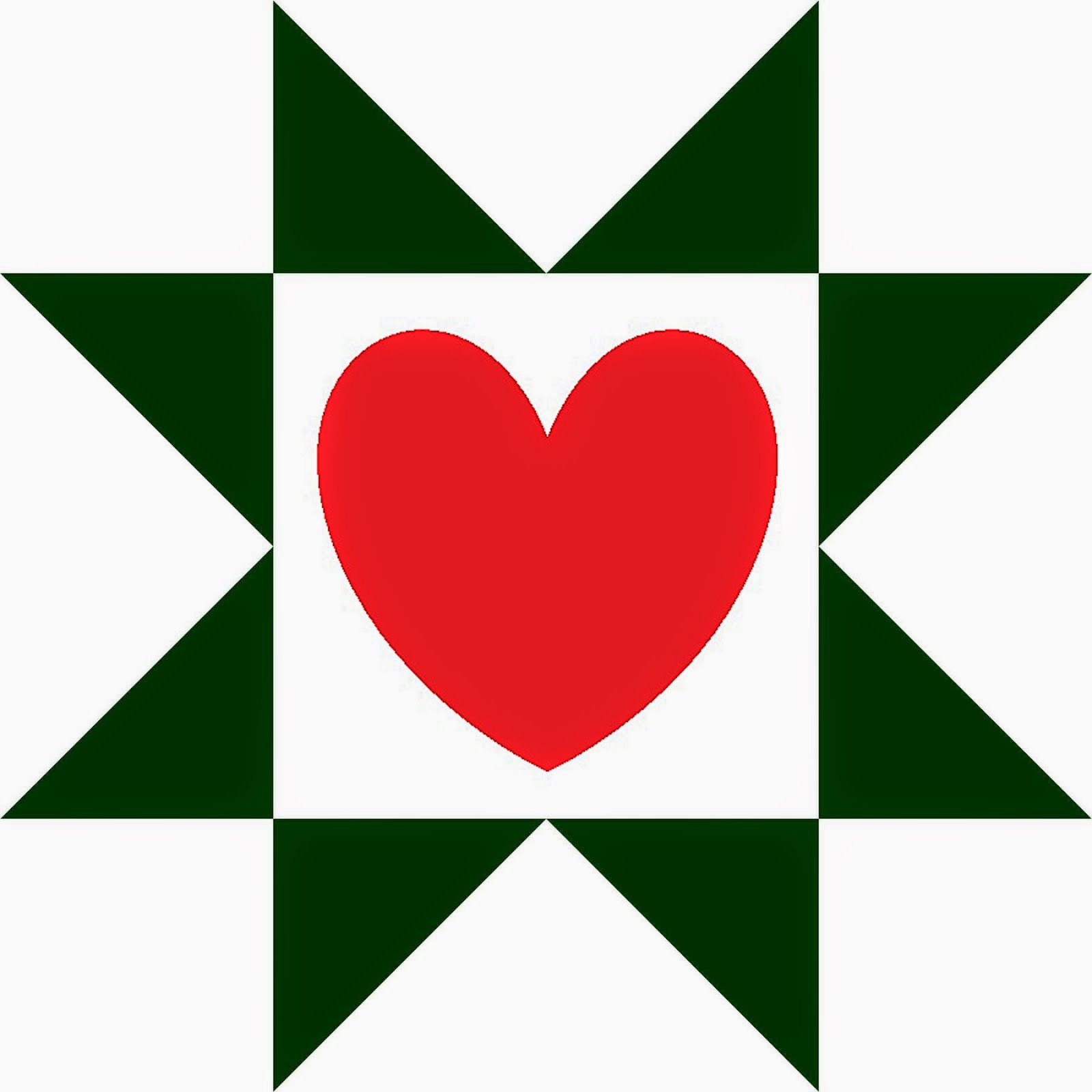 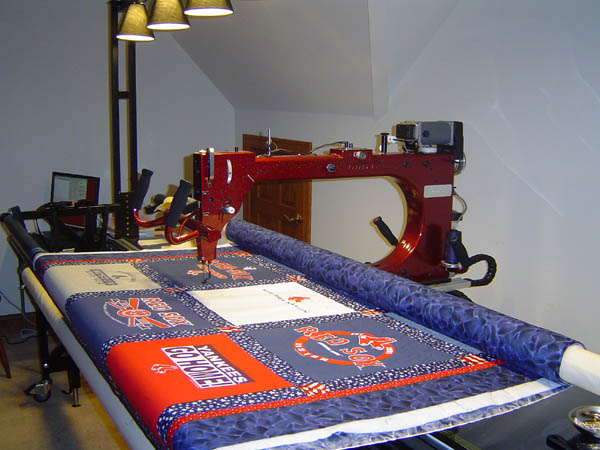 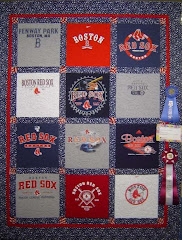 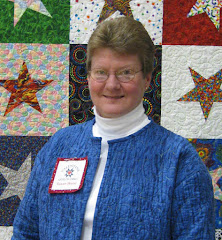